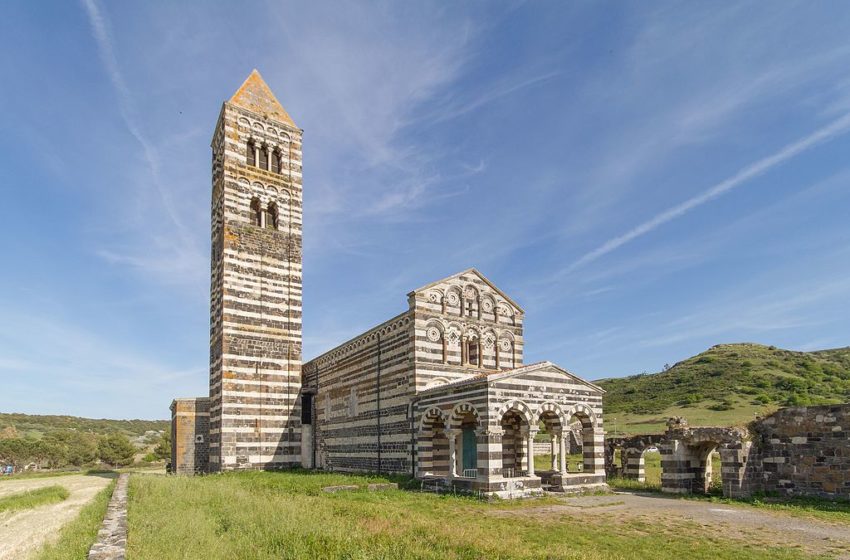 The Romanesque style in Sardinia has spread from its origins, yet it is not univocally identifiable because of the numerous influences that the various settlements left on the island. From the point of view of ecclesiastical architecture, for example there evident traces of religious orders from Lombardy, Provence, Pisa, Arabs, Iberian.

The Basilica of Saccargia is one of the masterpieces of Sardinian Romanesque architecture, similar to the Pisan style: architects and workers of Pisan school, and later Lucca and Pistoia gave shape to one of the most important medieval structures in Sardinia, today the custodian of the only cycle of frescoes of the Romanesque period preserved on the island.

Situated on top of a promontory in Codrongianos, province of Sassari, the Basilica of the Holy Trinity of Saccargia was built on the ruins of a pre-existing monastery by the will of Judge Constantine I of Torres for the monastic order of the Camaldolese.

Legend has it that he and his wife managed to have a child after countless attempts only after a vow to Our Lady that the Camaldolese venerated, and out of gratitude they built the new monastery.

Even about the name the circumstances are wrapped between history and legend: Saccargia would be a contraction of ‘cow vargia’ (cow with spotted hair). That is an animal that appeared every day on the site of the ancient monastery to give its milk to the monks, prostrating before them as if subjugated by a divine will. 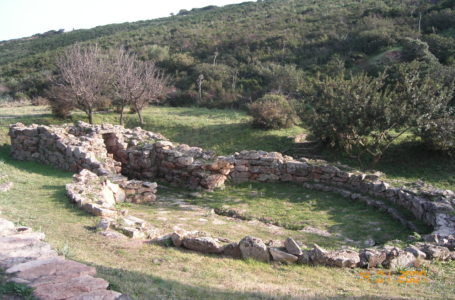